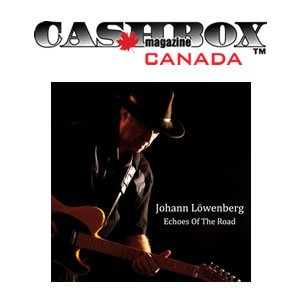 Toronto singer songwriter Johann Löwenberg has released a 10 set CD of original songs that is a collection of some of his best work. Well crafted songs describing his life journey with a beautiful production and rich , heartfelt, honest vocals. The album starts with Early Morning Train, a great story song of old love and you can almost picture the train when you’re listening to the snare. Excellent guitar work and honest vocal . “The Good Old Boat” could easily be an early Gordon Lightfoot song, excellent metaphor of the boat as life and a lesson to trust that boat you’re being offered will “take you to the land.”  “No Place Like Home”, another beautiful song in the traditional folk style. “The Wonder Of You” is one of the prettier songs on the album. Johann does it in a semi folk style but this tune could easily be a pop hit with a different arrangement. Well done. Want to take  a trip to Cuba? Put on “My Sweet Havana Rose” and crank it up. “All Because of You” is another pop tinged tune. Löwenberg is an excellent songwriter with a variety of styles and textures to his work Then there’s the top tapper. “The Milkrun Train”. Nice down east feel. “Down By The Lazy River” another Lightfoot or maybe Tyson inspired type of song. “Mountain Pass Song” continues the train theme. The cool thing about this album is the sense of movement captured in every song and songs like this one make you feel like you punched your ticket for the ride. “Echoes of the Road”, the title track, is a perfect final track. “It’s been a long time coming to the end of the line, my clothes are all tattered with the sands of time. Been a life long journey to lighten my load, you can’t take it with you when there’s nowhere to go. It’s the echo of the road you hold onto, listen to the sounds of time. It’s the echo of the road you hold onto. Leave your troubles behind.”

At the Toronto Peace Conference

This site uses cookies. By continuing to browse the site, you are agreeing to our use of cookies.

We may request cookies to be set on your device. We use cookies to let us know when you visit our websites, how you interact with us, to enrich your user experience, and to customize your relationship with our website.

Click on the different category headings to find out more. You can also change some of your preferences. Note that blocking some types of cookies may impact your experience on our websites and the services we are able to offer.

These cookies are strictly necessary to provide you with services available through our website and to use some of its features.

Because these cookies are strictly necessary to deliver the website, refuseing them will have impact how our site functions. You always can block or delete cookies by changing your browser settings and force blocking all cookies on this website. But this will always prompt you to accept/refuse cookies when revisiting our site.

We fully respect if you want to refuse cookies but to avoid asking you again and again kindly allow us to store a cookie for that. You are free to opt out any time or opt in for other cookies to get a better experience. If you refuse cookies we will remove all set cookies in our domain.

We provide you with a list of stored cookies on your computer in our domain so you can check what we stored. Due to security reasons we are not able to show or modify cookies from other domains. You can check these in your browser security settings.

We also use different external services like Google Webfonts, Google Maps, and external Video providers. Since these providers may collect personal data like your IP address we allow you to block them here. Please be aware that this might heavily reduce the functionality and appearance of our site. Changes will take effect once you reload the page.